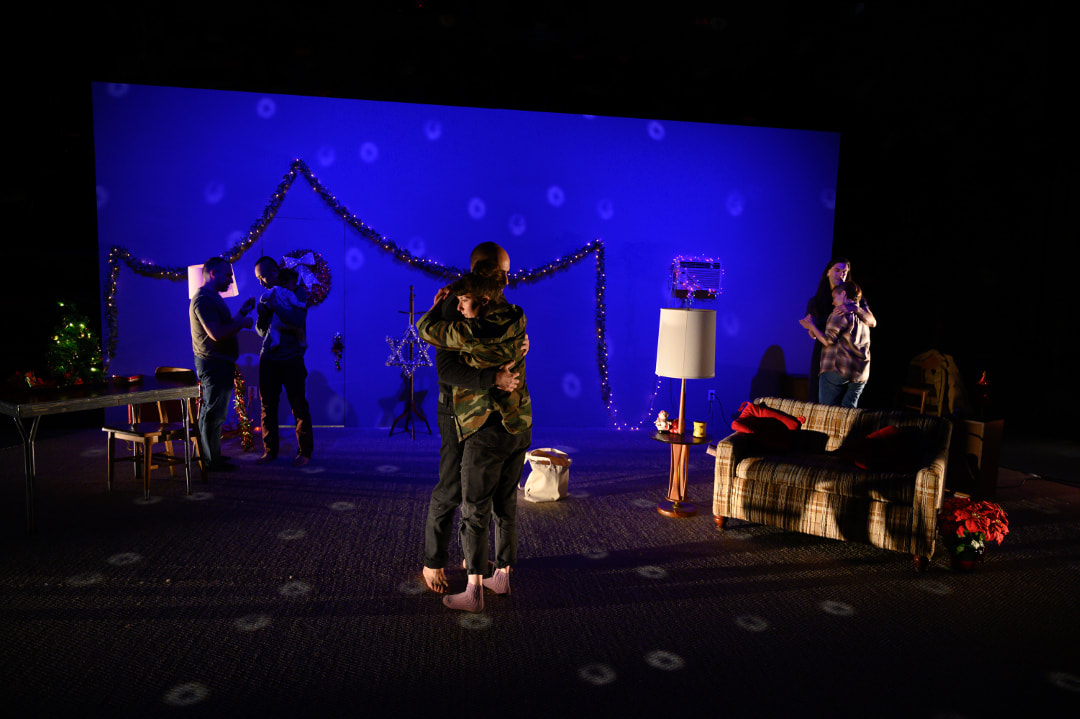 This performance was supported in part by the Pennsylvania Council on the Arts, a state agency funded by the Commonwealth of Pennsylvania and the National Endowment for the Arts, a federal agency. Additional funding provided by FringeArts, Swarthmore Faculty Research Support Grant, and the Wyncote Foundation.

The experimental world’s most timely performance piece…. [a] mind-tickling engagement…this memorable collection of heart-to-hearts, sublime movements, and ever-evolving competitions is one you need to see to believe. For real.”

Real life inside of the theater.

An iterative, audacious 24-year performance experiment, The Sincerity Project captures the passage of time and its impact on the bodies and psyches of a group of individuals. Every two years, the same ensemble reassembles, engaging in a long-term process of creating and recreating structured performance over time. Together they piece a quilt of real lives, memories, predictions, ultimately displaying achievement of the unknown dream and loss of the unrealized future. The Sincerity Project is a theatrical anti-play ritual. It is a public accounting for the lives and communities we create. It is a true combination of life and art; an encounter with all that is beautiful and terrifying, funny and sublime.

​Iteration #1 premiered at FringeArts in Philadelphia December 2014, with each subsequent installment presented every two years for the next 24 years. In each evolution of the work, these seven actors engage the same structured performance over time, piecing together a quilt of real lives, memories, and predictions for the future. The Sincerity Project #2 (2016) was presented by FringeArts as part of the Fringe Festival.

Shown in progress at FringeArts LAB space and with the First Person Arts RAW Program, the project was developed, in part, with assistance from The Orchard Project, a program of The Exchange (www.exchangenyc.org).

The Sincerity Project was made possible by funding provided by the Wyncote Foundation, the Charlotte Cushman Foundation, and the generous supporters of the project’s Kickstarter. 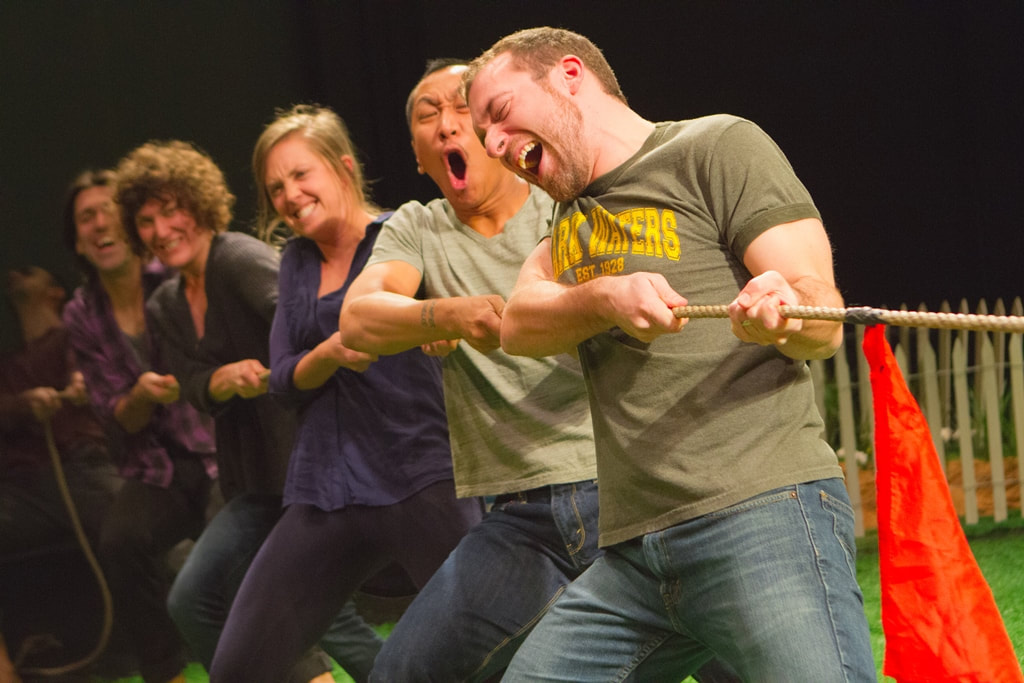 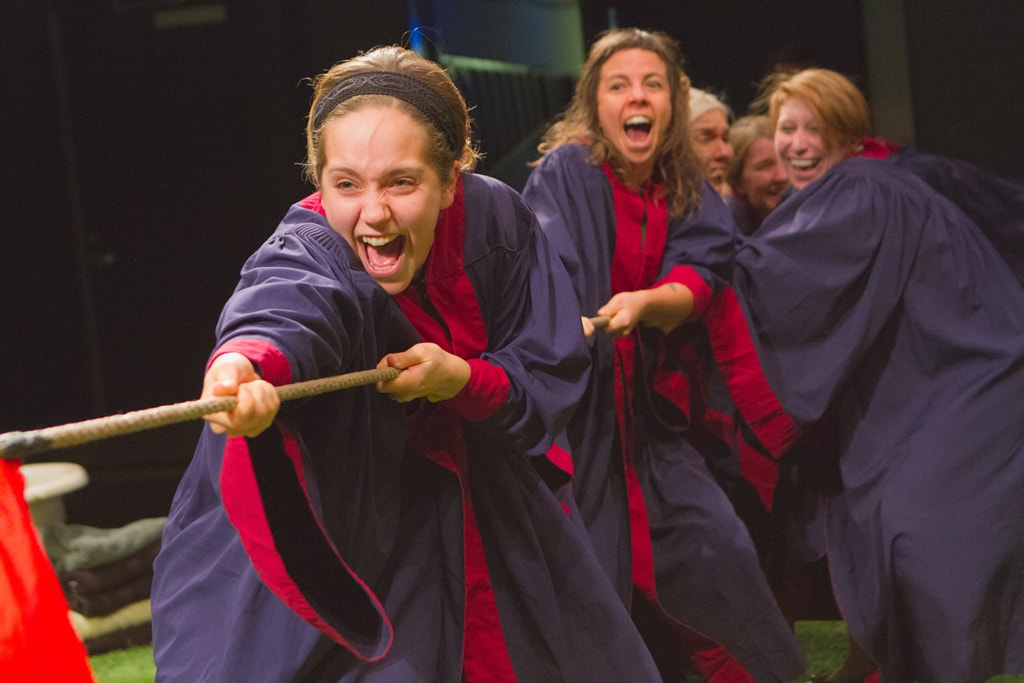 It’s so beautiful, it’s stupid. I hate you guys.”

The Sincerity Project has turned the lives of its makers into art and the performance of this art into a way of life. I’m simply blown away by the scope and ambition of their merging. If these guys stay true to their promise they’ll outshine every ensemble that’s ever existed, and I’m looking forward to getting older so I can see them do it.”

For this first brilliant installment, the ensemble looked at their future prospects, the love they might find, the kids they might have, the bodies that will inevitably betray them, and the mortality that is staring them in the face, challenging them to last long enough to finish this project. And as they made a promise to themselves to see it through to its finale in 2038, so they invited their audience along for the lengthy, ambitious journey. It’s been a while since I laughed that loud, and wept that openly, and I can’t wait for 2016.”

This creation of a live time capsule strikes me as an interesting social experiment, showcasing how bodies, relationships, and perspectives change — almost like the movie Boyhood, but without the neat narrative arc and with an even stronger dose of earnestness. The longevity of The Sincerity Project has the potential to be revolutionary in terms of how we think about theater, communication, and marking time…”
​
~ Broad Street Review 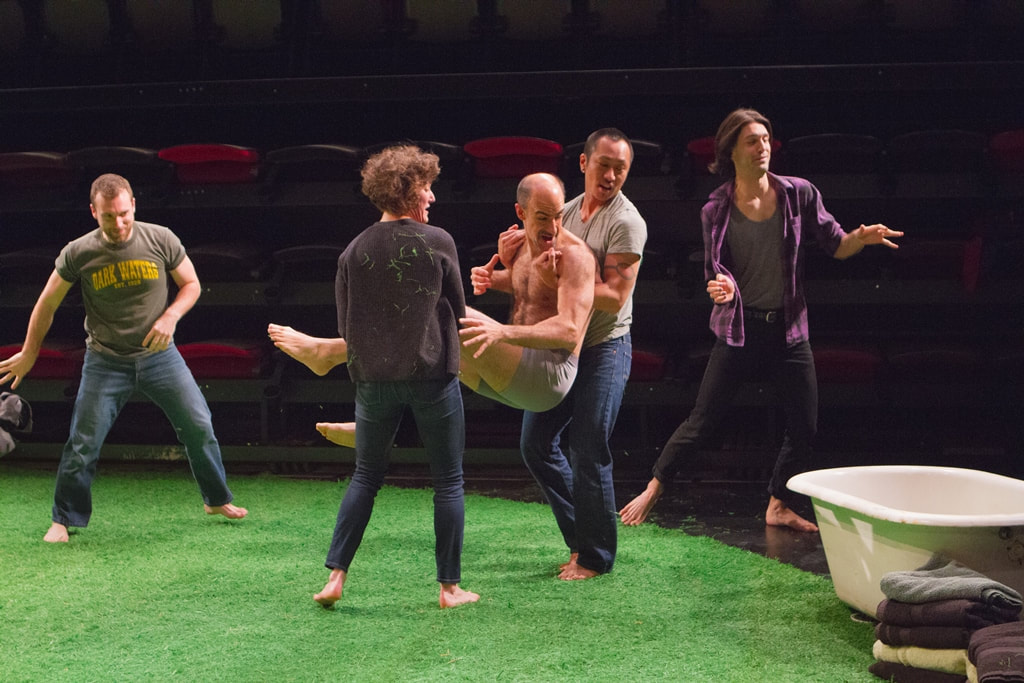 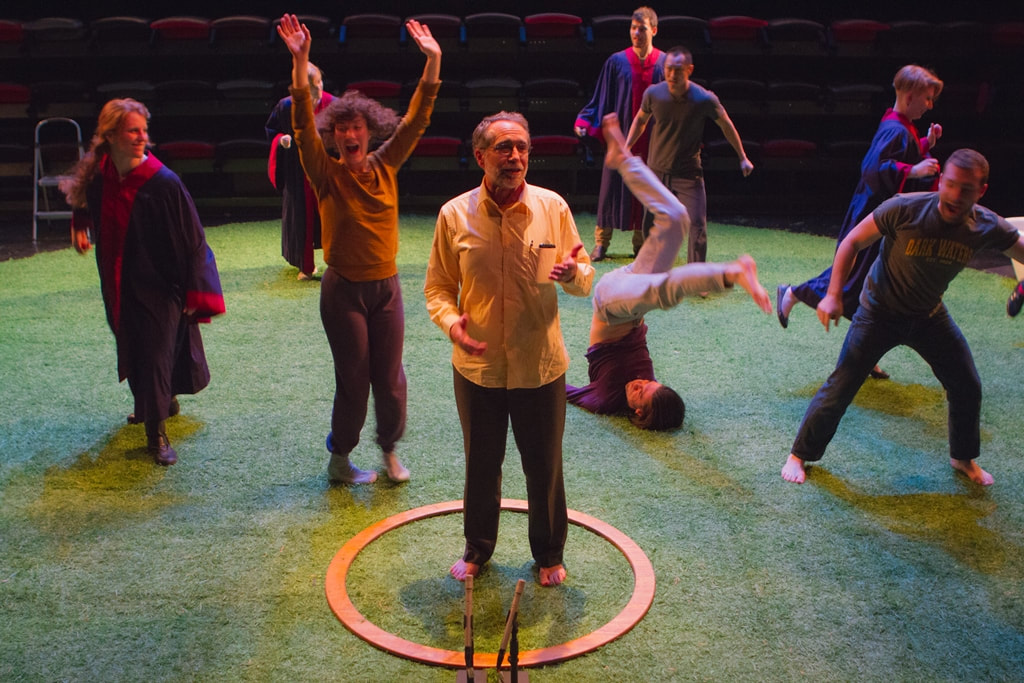