​HENRY IV: YOUR PRINCE AND MINE 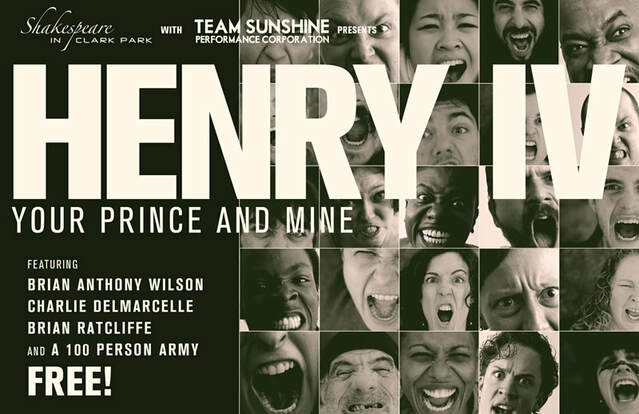 
One prince leaves behind his bar-fueled youth and rises to responsibility.

Team Sunshine Performance Corporation will assemble a literal army of actors: over 100 people will be involved in creating massive outdoor battle scenes, a preshow pub experience, and a full production of Shakespeare’s Henry IV.

Featuring:
​All events FREE and open to the general public.

This project is sponsored in part by a generous grant from the John S. and James L. Knight Foundation.

Also, join us and a panel of experts for a conversation about Violence and Art.
Support Us