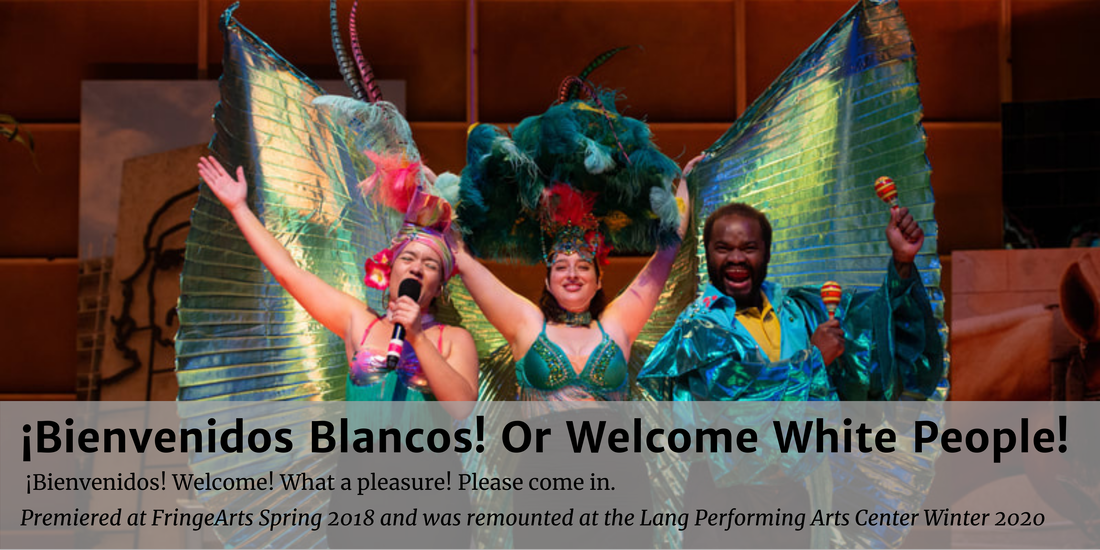 Oh man, getting to this point has been a long, two-year journey, and it’ll finally pay off on April 20th when we open this show.

So many things have happened: It all began with the casting process. We did auditions for performers in Havana, secretly, because finding a state-sanctioned theater that would allow me and a small group of Americans to have a casting session is an insanely complicated process – likely to be long and potentially doomed. As is often the case in Cuba, our friends helped us out on this. Later, the government denied the visa of one of the Cuban actresses cast in the show. Her name is Lily.

Jorge and I made it here for the first workshop (July 2017), and because we had lost an actress in the process, we had doubts if we would be able to return or have the visa approved again, and I always remember Ben on the day that we presented our Work-in-Progress showing. He asked me: “You think the next time the visa thing will be easier, right?” I told him: “¡Si, como no!” And it was worse. They closed the U.S. Embassy in Cuba and I had to get my visa in London and Jorge had to go to Barbados to request his after many, many difficulties.

This show is about Cuba and about Cubans. It’s about power, and death, and nostalgia. Fidel Castro is a part of my country’s history, but my land is vast and has a much broader history. He entered into power in January 1959 to bring change, and then he stayed in power for a very long time. Many Cubans came to the United States, fleeing this new reality, and I like to think they they “colonized” or “cubanized” South Florida. They created a tiny Cuba on the other side of the sea, always awaiting their return to their homeland. To this day, we remain separate.

Operation Pedro Pan (1960-1962), The Peruvian Embassy and Mariel Boatlift (1980), the Balseros (1994), and now, as they say in Cuba, “The Silk Road” (2015-2016). All of these have been mass migrations of Cubans trying to find the other, more prosperous Cuba that lies on the other side of the sea. Fidel left power in 2008 and in the hands of his brother, Raul, who inherited an impoverished island and a people tried of “luchando” (in Cuba, this word means more than fighting; it means, simultaneously, striving/hustling/surviving). And separated from each other by the sea. Fidel died in his bed at the age of 90. Raul will leave office and leave it in the hands of others the day before we open this show. I don’t know what will happen when I return, and I don’t want to think about it. In the meantime, ¡BIENVENIDOS BLANCOS! We’re so happy to have you with us.​
Una Nota De La Asistente De Dirección - En Español
Hola, soy una de las cubanas involucradas en este proyecto, soy la asistente de dirección y mi nombre es Cheryl. Llegar aquí ha sido un recorrido largo de 2 años que va a tener su recompensa el 20 de abril cuando se estrene este show.

Special Thanks and Support

¡BIENVENIDOS BLANCOS! or WELCOME WHITE PEOPLE! premiered at FringeArts in the spring of 2018. This production was developed at Teatro Ludi (Havana auditions); Swarthmore Project in Theater, Swarthmore College; Taller Puertorriqueño; and FringeArts. Major support for ¡BIENVENIDOS BLANCOS! or WELCOME WHITE PEOPLE! has been provided to Alex Torra by The Pew Center for Arts & Heritage, with additional support from The William J. Cooper Foundation and Department of Theater, Swarthmore College, Wyncote Foundation, the Network of Ensemble Theaters, and the Puffin Foundation, as well as the National Association of Latino Arts and Cultures, the Andrew W. Mellon Foundation, the Ford Foundation, Southwest Airlines, and the Surdna Foundation through a grant from the NALAC Fund for the Arts Grant Program.
Support Us